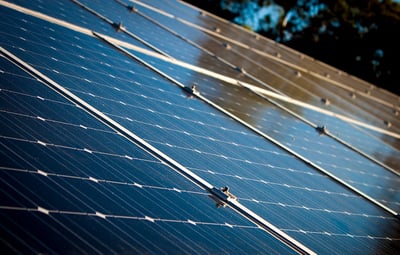 There is more sun shining on solar panels around the world than ever before, and the adoption rate is increasing exponentially as more people make the switch from dirty, non-renewable sources like oil, gas and coal. According to Greentech Media, between 2013 and 2014, the rate of new U.S. solar installations increased from one every four minutes, to one every 2.5 minutes! What’s more, the latest GTM research indicates that the US solar market is set to grow 110% in 2016 alone!

The future of solar looks bright indeed, and we’re legitimately excited to see more people’s curiosity turning into genuine excitement and even action for a cleaner and more sustainable future.

Obviously we’re a bit biased, but in the spirit of sharing a bit of our own excitement, here are 10 interesting solar facts to get your wheels turning.

1. Each hour 430 quintillion Joules of solar energy hit the Earth. “Quintillion” you ask? Yeah, that’s 430 with 18 zeroes after it. For comparison, humanity’s total energy consumption for one year is currently around 410 quintillion Joules. In other words, every hour we receive more than enough solar energy to power the world for a year. And since the sun won’t die out for another 5 billion years or so, we literally have the answer to all our energy woes hanging right over our head. (http://www.businessinsider.com/this-is-the-potential-of-solar-power-2015-9)

2. Thomas Edison himself was a huge advocate for solar. Many years before the first solar panel was even invented, Edison was quotes as saying: “I’d put my money on the sun and solar energy. What a source of power! I hope we don’t have to wait until oil and coal run out before we tackle that. I wish I had more years left.”  We agree, Mr. Edison, and we’re working on it.

3. Walmart leads the country in commercial solar deployment. The company, which is known for its highly-efficient business practices, see solar as a way to lock-down variable operating costs and remove rising / unpredictable electricity costs from its books. (http://www.seia.org/research-resources/solar-means-business-2015-top-us-corporate-solar-users)

4. The five largest solar power plants in the world are located in the United States. The largest is the 393MW Ivanpah Solar Power Facility in San Bernardino County California. Arizona makes the list at number four with the 280MW Solana Generating Station in Gila Bend. (https://en.wikipedia.org/wiki/List_of_solar_thermal_power_stations)

5. The first silicon solar cell, the granddaddy of today’s solar panels, was developed by Bell Laboratories in 1954. The New York Times reported on the project in their April 26, 1954 issue, proclaiming: “the beginning of a new era, leading eventually to the realization of one of mankind’s most cherished dreams -- the harnessing of the almost limitless energy of the sun for the uses of civilization.” (http://wilderness.org/blog/10-facts-you-probably-didnt-know-about-solar-energy)

6. In the summer of 2016, the solar-powered Solar Impulse 2 airplane completed the first circumnavigation of the globe with no fuel. The brainchild of Bertrand Piccard and André Borschberg, who also co-piloted the craft, Solar Impulse 2 was a flying laboratory of clean technologies, including SunPower solar panels. The plane flew 40,000 km to promote the use of renewable energies. You can read more about the incredible journey at: https://www.solarimpulse.com/adventure.

8. SunPower currently holds the record for the world’s most efficient solar panel. According to independent tests and reported in Greentech Media, the SunPower panel achieved a 24.1% efficiency rating, besting a SolarCity panel that came in second at 22.04% efficiency.

9. Most TV and communication satellites are powered by solar panels.

10. According to leading scientific estimates, our sun will continue to shine reliably for another 5 billion years or so. In other words, we literally have the answer to all our energy woes hanging right over our heads.

If you're interested in learning more about how solar works, and how you can put this abundant natural resource to work for you, we invite you to download our free solar evaluation guide or contact us for a free solar quote.

How Many Solar Panels Do I Need?

Should I Buyout My Solar Lease or Stay in it to Term?

4 Factors to Help Determine Your Solar System Size and Output