4 Reasons to Go Solar Before the APS Buyback Rate Review 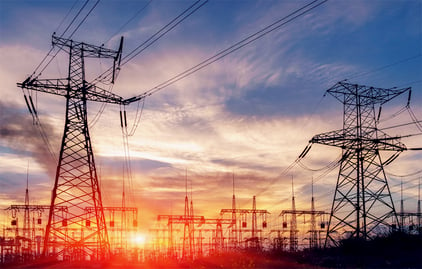 It has been nearly four years since the 2017 APS rate case put an end to net metering, the buyback program that offered solar customers a dollar-for-dollar credit for any excess energy sent back to the grid. Beginning in 2018, APS set a lower, fixed buyback rate that has been reduced by 10% every October since (except for 2020 due to COVID).

For 2021, all signs point to another reduction on October 1, but there's good news. As it has been for recent APS rate changes, anyone who locks in a signed interconnection agreement before that vote, or anyone who already has an existing APS solar contract, will be grandfathered in and shielded from future reductions for the duration of their contract.

So, if you’ve been considering solar, don't wait. Here are four big reasons why now is the time to act.

In 2017, APS did away with net metering, the program that offered a 1-to-1 credit for any excess energy sent back to the grid. The new program sets a single "export rate" that is reviewed annually every September. The current export rate is set at 10.45 cents per kWh, down from the previous years. This is the third time the export rate is being re-evaluated post-2017. An ACC vote in the coming weeks will set a new, lower amount for the following year beginning on October 1st, 2021.

2. Locking in a solar contract now will shield you for 10 years

APS honors new solar contracts for 10 years. So, if you’ve been considering solar and want to ensure today’s best rates while shielding yourself from future rate increases or buyback credit decreases, be sure to lock in your solar contract before September 30, 2021.

The 26% federal solar investment tax credit is set to decrease again at the end of 2022. Starting in 2023, the solar tax credit drops again to 22% before disappearing entirely by 2024. For now, the state of Arizona still offers a flat $1,000 solar tax credit while voiding sales tax on a solar purchase.

4. Despite the confusion, solar is alive and well in APS

With ongoing rate changes at both SRP and APS, many people assume that solar is losing its luster here in the Valley of the Sun. This couldn’t be further from the truth—there is still plenty of room for savings. With that said, a solar ROI typically factors in available incentives and energy buyback credits, all of which are ramping down as time marches on. So, when it comes to solar, waiting is generally not the most lucrative strategy.

If you are looking to cash in your piece of Arizona’s abundant sunshine and lock in maximum savings before the next big rate review, contact us for a custom APS solar quote. If you aren't quite ready for a quote, you can download our complimentary whitepaper: Is Solar Right for You?

*For more information about the APS deadline, you can access the APS Rate Rider PDF here.

Solar Isn't for Everyone, and We'll Let You Know It

6 Tips to Help You Save on Your Summer Electric Bills